You know a book is good when you get your coworkers laughing about it in the lunchroom.

This lunch hour included people talk discussing gross things while others are eating. It made me think of what was on my nightstand. No, not Curtis Sittenfeld’s newest book Eligible, but tales of two hippos who are best friends.

Enter the George and Martha books, written and illustrated by James Marshall.

George tells “an icky story” while Martha is eating. She doesn’t like it.

“Please have some consideration,” she said.

He doesn’t stop so she tells him, “You’re asking for it.”

She retaliates with an even worse icky story and George gets sick.

This is just one example why these books have my kids and me laughing out loud. When I mentioned this tale in the lunchroom, friends with older children remembered them with fondness.

“Have you seen the HBO show?,” asked my friend Michele, launching into a stellar imitation.

“It’s a good thing they are friends or George might be a henpecked husband,” she added.

Martha does let George have it when he tries to read her diary or scare her. Her one-line zingers aside, there is a lot of love and friendship between the two hippos. (And nice lessons about being a friend too.) George even starts a Martha fan club.

Finding a fellow admirer, I had to ask, “Do you know why George has one gold tooth?”

At this moment, another coworker walked in.

“What are you two talking about?”

No one could remember why George had a gold tooth but we left lunch feeling warm and fuzzy. Such is the power of a great book. 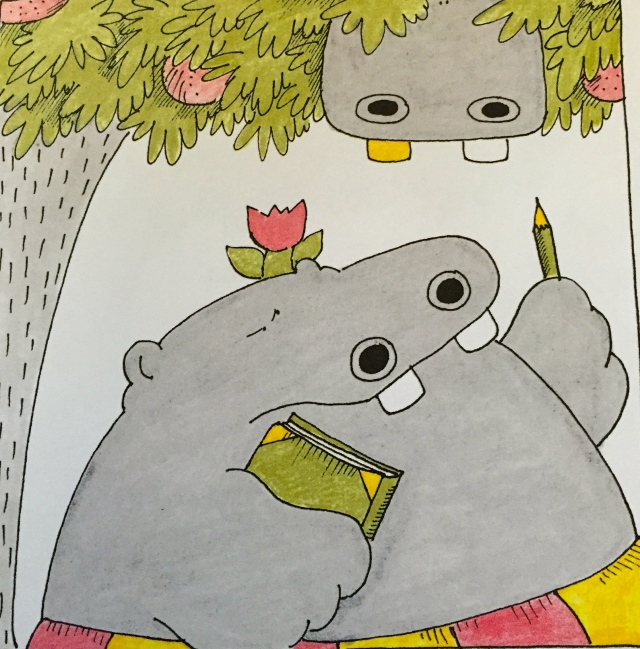 George tries to read Martha’s journal. She doesn’t like it.

I did a little “research” and read the story about George’s tooth – an unfortunate skateboard accident. However, Martha assures George he looks, “handsome and distinguished.”

Calvin, Max and I curled up a few nights ago with a  George and Martha: The Complete stories of Two Best Friends, with an introduction by Marshall’s friend Maurice Sendak.

We laughed and laughed.

“I might be a little afraid when Martha gets mad,” Calvin said. 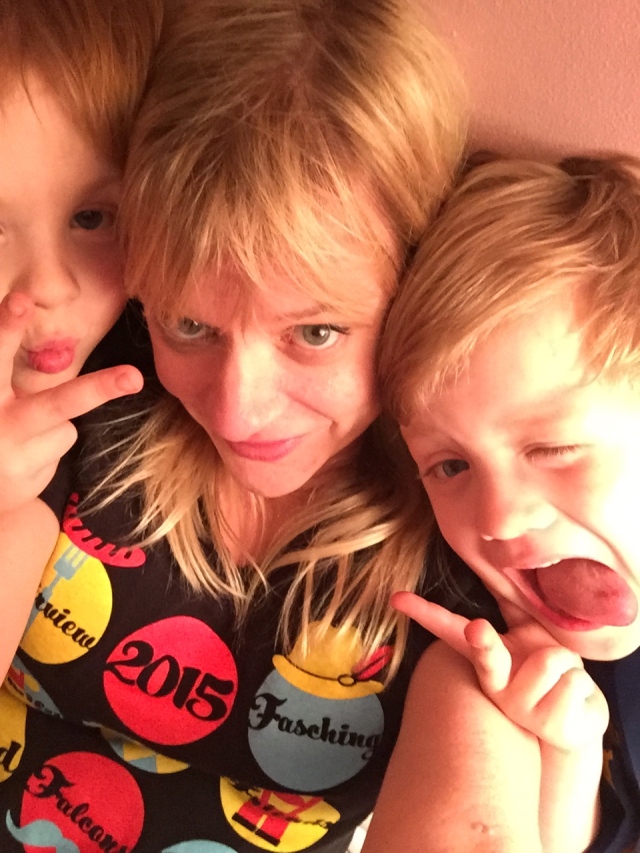 A little selfie action after reading George and Martha. We were wound up. Blame the funny hippos! 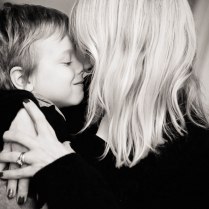